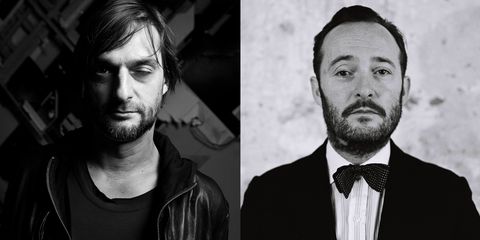 Time Warp veteran, family member, minimal techno pioneer. With over 25 years of experience, Ricardo Villalobos is one of the most beloved DJs in the industry with regular appearance at the most revered clubs and festivals worldwide. Ricardo’s love for music can be felt in every note he plays. The amount of energy he uses, often dancing as hard as anyone in the crowd, has made him one of our festival fixtures and yearly highlights.

Craig Richards has been immersed in nightlife for decades – as a visual artist, producer, record collector, gentleman of the night and mind-altering selector. A disc jockey who refuses to be restricted by genre, his sets range from dub reggae, soul and disco to the finest house and techno - challenging, tripped out, quirky and never the same - an ever-changing soundtrack that has defined the musical identity of the underground.

We are excited to see these two go back to back again!